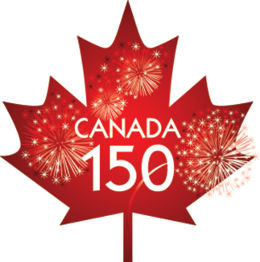 What made both concerts special was the direct link between the music being performed and either a Canadian composer, arranger, locale, original performer or even better all-of-the-above. Composers such as Eleanor Daley, Diane Loomer or Mark Sirett provided a rich ground of choral sounds for the large audiences who attended both programs, which were again offered without charge to attend. Brilliant arrangements of familiar francophone songs, traditional Canadian ballads and even contemporary works challenged the singers and their accompanists.

Among the many selections the Women performed was “Cape Breton Lullaby” of which one of the choristers wrote: “Kenneth Leslie was an award-winning poet, a farmer, a songwriter, a magazine founder, a lecturer and, as necessary, an itinerant preacher man, high-school teacher and taxi driver. Born in Pictou, Nova Scotia in 1892, Leslie spent much of his life in 1930s and 1940s in the United States, where his outspoken opposition to fascism and to discrimination against Jews and later opposition to the Vietnam war won him many friends and a few powerful enemies. But his greatest love was writing poetry and music and songs – treasures within our family, and loved across Canada and around the world. He wrote Cape Breton Lullaby in the 1920’s, derived from a tune, known as Ghillie Callum or the Scottish Sword Dance, that he played for his three daughters while they danced. One of these daughters is Rosaleen, my mom.” Sitting in the front row, enjoying the music, was none other then Rosaleen.

Thank you to St. James the Apostle (Anglican) Church for providing the venue for our rehearsals and our concerts.

The choirs rest now until September. Anyone wishing more information or wanting to join the choruses is invited to contact musicofthetay@gmail.com.